I’m not going to spend too much time explaining to you who Steven Pinker is. That would miss the point. Although it is fair to say that, as a cognitive scientist and linguist, he has a thing or two to say about how you could (and should) write. Enter his great book: The Sense of Style, The Thinking Person’s Guide to Writing in the 21st Century.

Here’s what I learned flipping through the pages.

Introducing the ‘Classic Style’ of writing

The majority of the book is dedicated to the so-called Classic Style – the style of writing you’ll find in all of Pinker’s books. And basically any other great piece of writing.

Don’t let its name fool you though. Classic style is alive and kicking, and you’d do well to stick to it in your texts. In short, it’s about writing that simulates two experiences:

That word ‘showing’ is very important. Experiments have shown that, as people read, their mind’s eye forms a picture of what they’re reading. When your writing makes it easy to form that picture – for example by using concrete language, facts or visual analogy – your reader will have an easier time understanding and remembering your text.

Think astronomy is a subject doomed to a life in the abstract realm? Then consider this example from physicist Brian Greene, where he lays the foundation for the dark energy hypothesis.

Just as the pull of earth’s gravity slows the ascent of a ball tossed upward, the gravitational pull of each galaxy on every other must be slowing the expansion of space. [But] far from slowing down, the expansion of space went into overdrive about 7 billion years ago and has been speeding up ever since. That’s like gently tossing a ball upward, having it slow down initially, but then rocket upward ever more quickly.

In the example above, you literally see the ball moving through the air: first slowly, then zipping up as to mimic the unexplained movement of the galaxies.

It’s also a matter of understanding your reader’s vantage point. What are they thinking about when reading your text? What do they know, what do they not know? In our example, Brian Greene counts on his reader to understand the basics of physics, but then continues to direct their gaze to a new revelation. It’s all a part of Classic Style.

You’re in this together

Classic Style also simulates the experience of being in a conversation. To the reader, it should feel like you’re inviting them into your world. That means you

Refrain from making your sentences overly complex or abstract. When writing a more complex passage, ask yourself: how would I explain this to a neighbour during a dinner party? You’ll always end up with a better sentence.

Danger also looms at the other end of the spectrum: when you start to oversimplify. Personally, I see this happening when customers or colleagues get too eager in their editing. “Our audience might not get that joke”, or “They might not know about that reference you’re making.”

As you’re writing, try to imagine your reader as a cultured, intelligent being; that improves the chances of them actually feeling like one. Another trait of Classic Style.

How to savour good writing

Early on in the book, Pinker shares a couple of prime examples of Classic Writing. From an atheist geneticist trying to describe the wonder of life, to the obituary writer who uses language so vivid it almost brings the dead back to life.

Like a chef teaching you to savour each example, Pinker helps you appreciate the fundamentals of good prose, setting you on your path to cook up some new creations of your own. Here are some ingredients of Classic Style as well as their samples, as Pinker shared them:

Granted, these examples all come from printed mediums, and some don’t translate as well to the digital screen, but the principles underpinning them still stand. Try finding more examples of them in any good writing you stumble upon, and try to include them in your own.

What I also like about these points is that some go against conventional copywriting truths. Should you always favour a popular, well-known term over a more obscure one? Not if the latter is dead-on in meaning, evocative in sound, and not so obscure the reader will never read it again.

Another example of copywriting best practices gone awol is monologophobia: the compulsion to name things with different words when they are named multiple times. It is actually better to stick to the same term throughout a passage. It will add to coherence and keep your reader on track.

Zombies, arcs and debating the purists

With more than 300 pages of writing brilliance, we’ve barely scratched the surface of The Sense Of Style. There are so many more things to discover.

More common writing pitfalls like zombie nouns – verbs that mutated into nouns and now take all the pace out of your writing (example below) – or the so-called illicit neighbours, the pitfall that gives ‘a panel on sex with four professors’ two very different meanings.

You’ll also find a section on how to build arcs of coherence into your writing to help your reader bear with you through a more elaborate piece, and a 100+ cases where the language purists got it wrong (with some notable exceptions). Long story short, we’ve included Steven Pinker into our BBC library. And if you have anything to do with writing (why else are you reading this?), you probably should too. 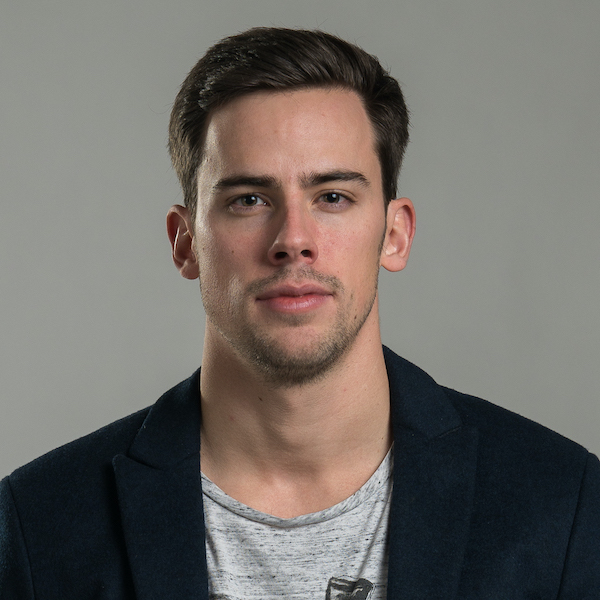 a curiousity by
David Weyns
Head of Creative Excellence